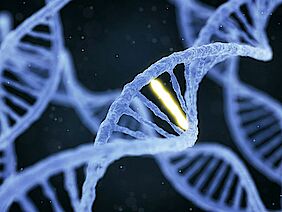 The current EU rules on genetically modified organisms (GMO) are not fit for purpose anymore, leading scientists warn in a newly released EASAC commentary. They call for a radical reform of the legal framework. “There is a societal cost of not using new genome editing techniques or being slow in adoption. We have no time to lose in resolving our shared problems for food and nutrition security,” says Robin Fears, Director of EASAC’s Biosciences Programme.

In 2018, the European Court of Justice ruled that the legal regulations for GMOs also apply to all organisms which have been altered using new genome editing methods. “This makes it difficult to study, develop and cultivate improved crops which are urgently needed for productive, climate-adapted and more sustainable agriculture”, explains Professor Volker ter Meulen, Chair of EASAC's Biosciences Programme.

EASAC points out that in the face of today’s challenges to deliver food and nutrition security for all, to fight social inequity and climate change, the new techniques have great potential to improve both public and planetary health.

EASAC’s new commentary builds on two decades of independent scientific work and comes in support for the recent recommendations made by the German National Academy of Sciences Leopoldina, the Union of German Academies of Sciences and Humanities and the German Research Foundation (DFG).

Significant opportunities are described in the German statement, including genome-edited crops already marketable elsewhere with benefits for nutrition and productive, low-pesticide and resource-conserving agriculture. Soybeans with healthier fatty acids, gluten-reduced wheat, potato tubers with a longer shelf life, bacteria-resistant rice, fungus-resistant varieties of grapes, wheat and cocoa, and drought-tolerant varieties of corn and wheat are mentioned as examples.

“A lot has happened since the first regulations have been adopted almost 20 years ago. Reform must strengthen the use of scientific evidence and tackle future uncertainties. In parallel, we need continued and transparent discussion of the critical, including ethical, issues to build trust between scientists and the public”, says Fears.

The European Council has already asked the European Commission to clarify regulatory options. EASAC sees this as an opportunity not to be missed to call for a radical reform: