The European Academies of Science and Medicine call for evidence-based diagnosis and therapy in response to the WHO inclusion of Traditional Chinese Medicine in its standard framework. 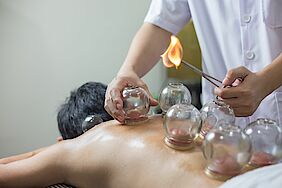 “Just because the World Health Organisation includes a chapter on Traditional Chinese Medicine in its new International Classification of Diseases, it is not automatically safe to use without robust evidence,” says Prof. Dan Larhammar, President of the Royal Swedish Academy of Sciences and chair of the expert group of the Academies.

EASAC and FEAM urge European lawmakers to protect the health of European citizens. In a statement released today, the two organisations respond to the WHO move and ask for a revision of the existing European regulatory framework to make sure Traditional Chinese Medicine is held to the same standards of proof and evidence as conventional medicine.

“There have been examples where some Traditional Chinese Medicine has undergone thorough preclinical investigation and proven in rigorous clinical trials to contribute significant health benefit – e.g. artemisinin therapy for malaria [1],” says Prof. Larhammar. “There may be more leads to diagnosis and therapeutic benefit yet to be discovered, but this can in no way mean that other claims can be accepted uncritically.”

“It may not be the intention of the WHO to legitimise and encourage the use of Traditional Chinese Medicine without substantial evidence being available. But the inclusion in the new diagnostic coding will encourage proponents to push for market uptake,” explains Prof. van der Meer, Past President of EASAC and one of the experts. “There are significant financial interests at stake”. Scientists warn that as a result, patients will be confused about which diagnosis is appropriate and which therapy is efficacious.

Increased patients’ interest could create additional pressure on public health services. “But what is worse,” warns Prof. van der Meer, “some Traditional Chinese Medicine can have serious side effects and interactions with other treatments. Moreover, patients may be at risk that severe diseases are treated ineffectively and conventional medical procedures delayed.”

EASAC and FEAM recommend European lawmakers to revisit the European Union’s Directive on Traditional Herbal Medical Products [2]and advise to re-examine national regulations and labelling requirements. “In the absence of solid scientific evidence, no medical product or procedure – be it Chinese, European or other - should be approvable, registrable or reimbursable”, concludes Prof. George Griffin, President of FEAM and member of the expert group.

The scientific Journal of Internal Medicine will publish a commentary which is based on the EASAC-FEAM Statement and titled „Globalization of Traditional Chinese Medicine: what are the issues for ensuring evidence‐based diagnosis and therapy?“ It will be available from 7 November under the link: https://onlinelibrary.wiley.com/doi/10.1111/joim.12989

About the Federation of European Academies of Medicine (FEAM)

Emeritus Professor of Medicine at Radboud University Nijmegen, The Netherlands