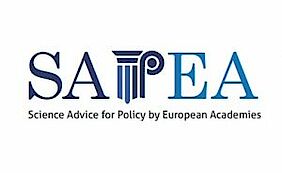 SAPEA is part of the European Scientific Advice Mechanism (SAM) which provides independent, interdisciplinary, and evidence-based scientific advice on policy issues to the European Commission, and works closely with the SAM High Level Group of Scientific Advisors.

The project is funded through a grant from the EU’s Horizon 2020 programme and runs from November 2016-October 2020. During the meeting in Berne, Switzerland, on 7-8 June 2017 the SAPEA Board, consisting of the presidents of the participating academy networks, and SAPEA staff discussed procedural and strategic approaches to guarantee that SAPEA can deliver scientific advice of the highest quality to the European Commission.

During a joint dinner with representatives of the Swiss Academies and SAM, EASAC president Thierry Courvoisier gave a speech reflecting on the importance of science and science-based decision making in an increasingly post-fact world. More than ever, academies have important roles to play in bringing knowledge into decision-making processes, defending academic freedom, and contributing to sound science and education processes.