World Science Day 2021: Why don’t politicians want to believe what we know? 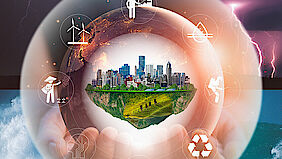 "For more than two hundred years, scientists have known that human progress threatens biodiversity and that life on earth is dependent on the fragile greenhouse effect. But politicians still seem to prefer to keep science at arm's length."

As we commemorate the World Science Day for Peace and Development  EASAC President Professor Christina Moberg has published an article in the Swedish newspaper Svenska Dagbladet in which she underlines that "More than ever, scientific facts and research are needed to meet our great challenges. This applies not least to the ongoing global warming and the increasingly rapid loss of biodiversity."

The World Science Day was proclaimed by the United Nations Educational, Scientific and Cultural Organization (UNESCO) in 2001 and celebrated for the first time in 2002.