Preparing for climate change adaptation: an update on EASAC’s 2013 study 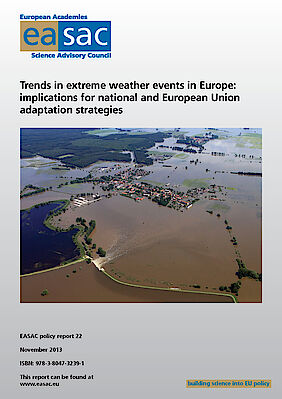 EASAC report number 22 (EASAC, 2013) examined trends in extreme weather within Europe. That report was published because, from an economic perspective, risks are not just through the change in the mean of climate variables such as temperature, precipitation or wind, or in derived variables like storm surge or water runoff, but also the changes in their extremes. As a result, that study looked at trends in the specific extremes of heat and cold, precipitation, storms, winds and surges, and drought. The report found evidence for overall increases in the frequency and economic costs of extreme events, which emphasised the importance of society adapting its future planning to allow for these new extremes.

In 2017, members of the original expert group, under the auspices of the Norwegian Academy of Sciences and Letters and the Norwegian Meteorological Institute, updated some of the statistics on which the original report was based. There has also been more recent evidence on some of the underlying drivers, which include weakening of the Atlantic Meridional Overturning Circulation (AMOC) and other phenomena such as a weakening and meandering jet stream. This short addendum to our earlier report presents these findings, which update and extend the previous analysis and confirm the conclusions in the original report. 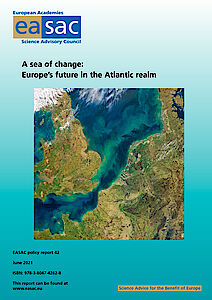 A sea of change: Europe’s future in the Atlantic realm

Globally, the importance of managing the oceans in a more sustainable manner has been widely recognised in the United… 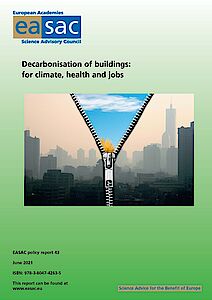 Decarbonisation of buildings: for climate, health and jobs

Europeans spend a very large part of their lives in buildings. So the quality of a building’s indoor environment can…

The Role of Science, Technology, and Innovation for Transforming Food Systems in Europe