Forest biomass continues to be a major source of ‘renewable’ electricity in Europe, and receives substantial subsidies and exemption from carbon pricing regimes. Despite evidence that current use is failing to achieve effective mitigation of climate change, future climate scenarios towards net zero by 2050 or in limiting warming to Paris Agreement targets envisage very large increases in bioenergy use, a significant proportion of which may come from forests—either directly through harvesting or indirectly by replacing forests with energy crops. Much of the increased demand for biomass is to feed bioenergy plants equipped with carbon capture to deliver a net removal of carbon dioxide (CO2) from the atmosphere. 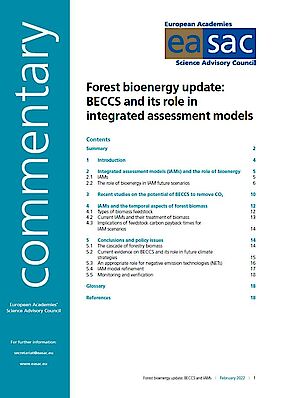 From a climate perspective, the key question in the use of biomass to replace fossil fuels is how long it takes to achieve a net reduction in atmospheric CO2 levels. This is determined by the time taken to offset the increased emissions from biomass (relative to fossil fuels) by reabsorption of CO2 through regrowth of the harvested forest (the carbon payback period). On the basis of the experience of Europe’s large-scale conversions from coal to forest biomass, this delay is too long to contribute to meeting Paris Agreement targets. In the light of this experience, it is reasonable to ask why would policy-makers be guided to increase biomass uses for energy by orders of magnitude in the future, especially because such trends run counter to recent priorities in the UN Framework Convention on Climate Change and Convention on Biological Diversity to restore ecosystems and reverse deforestation. There are two underlying reasons.

Firstly, there is an assumption that, by applying carbon capture and storage (CCS) technology, bioenergy with CCS (BECCS) can remove gigatonnes of CO2 from the atmosphere each year by 2050. Secondly, by offering both energy production and carbon dioxide removal (CDR), the integrated assessment models (IAMs) that are used to develop and test future climate scenarios have often pointed to BECCS as a preferred technology to achieve a given climate target.

As EASAC observed in its earlier analyses of negative emission technologies, banking on future technologies such as BECCS to compensate later for inadequate emission reductions today places significant risks on future generations, since failure to deliver the removals anticipated would intensify climate change and require even more extreme measures to contain it. In this commentary, we update our earlier work on BECCS and consider how the role of forest biomass is treated in IAMs. This report is intended to provide policy-makers with improved guidance on balancing calls for substantial investment in BECCS against the range of enhanced measures for short-term mitigation or alternative means of CDR.

Previous EASAC reviews had looked at the potential of BECCS to remove CO2 from the atmosphere, the technical issues of feedstock and performance, conflicts with food supply, ecosystem restoration and biodiversity, forests’ carbon stock (above and below ground), nitrogen losses, unsustainable water withdrawals and adverse impacts on Sustainable Development Goals. The deployment of the underlying CCS technology continues to be slow and operational experience limited; thus uncertainties remain over how much CO2 can be captured from combustion gases and the extra energy required (parasitic energy cost). There is a trade-off between the amount of CO2 removed from the stack gases and the energy required in the capture and storage stages, and the latest evidence suggests that performance is currently significantly below that assumed in models. Evidence has also strengthened concerns that the CO2 that leaks into the environment along the long supply chain, combined with the risk of carbon losses from land use change and in the capture and storage stages, can reduce the carbon removal efficiency substantially, thus delaying or even neutralizing any net removals from the atmosphere.

Recent analyses of the amounts of sustainable biomass available for BECCS drastically reduce earlier estimates. That from the International Energy Agency considers that around 5 gigatonnes (Gt; 1 Gt = 109 tonnes) of biomass could be available each year globally (to deliver 100 exajoules (EJ; 1 EJ = 1018 joules) of energy), but other estimates of global 2050 biomass supply that meet sustainability criteria have been further reduced to 40–60 EJ/yr. At the same time, it is estimated that likely demand from applications in the sustainable bioeconomy other than energy will increase. As a result, demands without bioenergy could amount to over 65 EJ/yr just for wood materials, pulp and paper, and feedstock for priority applications in the ‘bioeconomy’ (e.g. bioplastics).This commentary looks at the latest evidence on the ability of BECCS to deliver net removals of CO2 from the atmosphere and finds that there are substantial risks of it failing to achieve net removals at all, or that any removals are delayed beyond the critical period during which the world is seeking to meet Paris Agreement targets to limit warming to 1.5–2°C. In a world where land is scarce and subject to competing demands, it is important to recognise that the area of land required to generate energy from biomass is 50–100 times larger than for solar and wind and thus land usage for bioenergy is inefficient.

On current evidence, any BECCS projects should be of limited scale, all feedstocks provided locally with very low supply chain emissions, and feedstock payback times should be very short. The ideal might be to identify waste-to-energy BECCS options (municipal or agricultural waste), but other potential feedstocks could include annual grasses or short-rotation coppicing with local supply. In view of the leakage of greenhouse gas (GHG) in the production, treatment and extended transport supply chains of existing large power stations, the science does not support launching into the conversion of existing large-scale forest biomass power stations to BECCS. Recent studies have also emphasised the severe risks of underperformance of strategies based on CDR by BECCS, with the danger of significantly exacerbating warming in the event of delayed mitigation or failure to deliver the removals assumed by IAMs. Moreover, it is critical to develop effective monitoring, reporting and verification
systems. 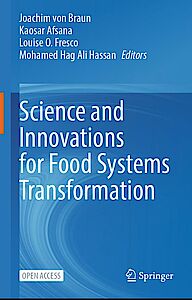 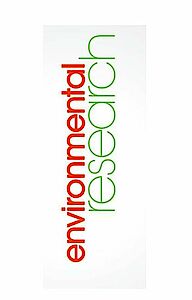