The recent IPCC Report confirms that global warming is getting faster and faster. The impact is playing in real time as we watch villages flood and forests burn. Meanwhile the hidden crisis of biodiversity loss continues with the loss of forests to land clearance, exacerbated by the fires. As the Climate and Biodiversity Crises potentiate each other, EASAC’s new Commentary adds the most recent data to inform both the UN Glasgow Climate Summit and the Biodiversity Summit in China this autumn, with a focus on 16 areas requiring urgent action to shield humanity from the worst. 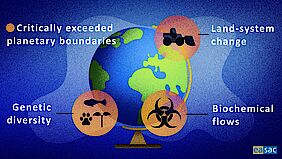 The Commentary’s summary of EASAC’s ten years of scientific analysis covering environmental, energy and biosciences is set against the scary backdrop of an inexorable increase in temperature and humidity expanding in some areas to levels where it is difficult or impossible for humans or the crops and livestock they need to survive. Adding science too recent to have been included in the IPCC Report, Europe’s Science Academies urge governments to treat the Climate and Biodiversity Crises as one, and as equally urgent.

Climate and Biodiversity Crises to be treated as one

“This summer’s rollercoaster of extreme temperatures, dryness, flash floods and wildfires has been bad, but probably far better than what we may see in the future,” explains Prof. Michael Norton, EASAC’s Environment Programme Director. “Biodiversity loss and dangerous Climate Change potentiate each other in their disastrous consequences. It’s a vicious circle not only leading to extreme weather but also collapsing food systems, and increasing risks of dangerous pathogens, zoonoses and other health impacts.”

The Commentary illustrates the multiple crises interactions: replacing tropical forests with agriculture reduces biodiversity at the same time as releasing stored carbon, reducing carbon uptake in the land and increasing emissions of other greenhouse gases (GHGs). Warming temperatures and associated changes to precipitation reduce agricultural productivity as well as moving species outside their habitable range, in some cases driving them to extinction. Warming and acidifying oceans alongside weakened circulation reduce the oceans’ capacity to absorb and remove carbon dioxide (CO2) from the atmosphere, while shifting or degrading ecosystems.

Exit from the road to our own destruction

But the scientists also see opportunities: conserving, managing and restoring ecosystems for example can mitigate climate change and enable adaptation to its impacts while also enhancing biodiversity. “These challenges do have solutions but so far both the Climate Change and the Biodiversity Conventions separately have lacked the political will to implement them, or policy-makers have taken easy ways out without properly considering the consequences,” says Norton “The classic example being the failure to properly assess climate impacts of burning trees for electricity before allocating billions in subsidies. The two meetings in autumn need to map an exit from the current road that leads to our own destruction.”

Based on EASAC’s past work, the Commentary includes a list of 16 fields for action where governments should already have done more. They straddle climate change, the role of biomass energy, greenhouse gas emissions from different oil feedstocks, policies towards slashing emissions in transport, buildings and infrastructure, and the interactions between climate change and human health.

Relying on the GDP-based system not going to work

Systemic issues such as the barriers to the transformative changes required to tackle the Climate and Biodiversity Crisis are also addressed. “Relying on the current system to deliver the necessary reductions is not going to work”, says Norton. “The GDP-based economic system in which fossil fuel, food and agricultural interests are driving up CO2-levels, deforestation, land clearing and over-fishing is no longer fit for purpose if atmospheric levels of greenhouse gases must be cut in as short a period as possible.” The scientists make clear that governments need to push the reset button. If humanity wants to stop climate change and preserve the biodiversity that it needs for survival, it must change the economic system to one that rewards and incentivises sustainable choices and behaviour.

Ever since the Paris Climate Summit in 2015, there has been much focus on tipping points. But according to EASAC, catastrophically disrupting trends are proceeding as gradual incremental changes as well. “The focus on tipping points creates an image of relay points up to which climate change can be seen as ‘safe’. However, not only do different tipping points interact with each other and increase the dangers, but the underlying linear trends such as temperature and humidity are serious in their own right,” Norton explains.

“As parents and grand-parents we are as terrified as everyone else by what we see coming. But as scientists we know that there are ways to mitigate the worst and adapt. But only if governments in Europe and worldwide take responsibility and show leadership now”, says Lars Walloe, Chair of EASAC’s Environment Programme.

With the closely related policy agendas of the Climate Summit and the Biodiversity Summit, negotiators have the opportunity to take coordinated, bold and transformative action to deliver a new, more integrated and coherent framework for addressing biodiversity loss and climate change together. The urgency is such that both need to work together now, take advantage of the many potential synergies between climate change and biodiversity policies – such as massive ecosystem restoration – and change humanity’s course towards a sustainable future. 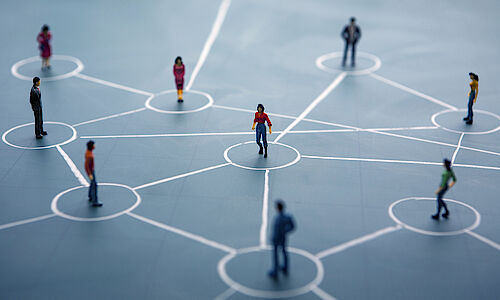 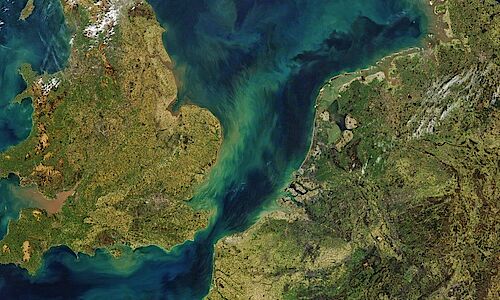 The state of the Atlantic adds a layer of variability to local sea level rise in Europe, while the massive loss of ice mass in the…