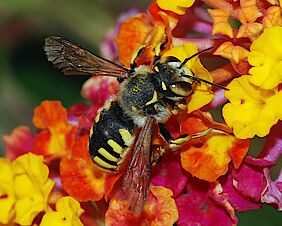 The use of neonicotinoid pesticides in Africa is the focus of a new joint project by the German National Academy of Sciences Leopoldina and the Academy of Science of South Africa (ASSAf). The two academies are also collaborating with the European Academies’ Science Advisory Council (EASAC), the global network InterAcademy Partnership (IAP) and in particular the Network of African Science Academies (NASAC). The project's aim is to draw up science-based recommendations to raise awareness among African decision-makers about the effects of this group of pesticides on ecosystem services.

The project was launched on 15 and 16 November 2018 with a workshop for African and European experts in Pretoria (South Africa). The event began with an overview of existing studies on the topic by European academies from 2015, and the political impact of these studies, which has extended to a ban of almost all neonicotinoids in the European Union.