Public launch of the EASAC report on Dedicated Electricity Storage

EASAC's next policy report on "Valuing Dedicated Storage in Electricity Grids" will be publicly launched on Monday, June 19, 2017 from 12:00 PM - 2:30 PM at the Palace of the Academies, Rue Ducale 1, Brussels (in the Albert II auditorium/main building). 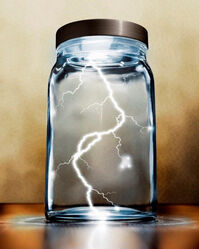 Large scale electricity storage is making a come-back because it can contribute to the flexibility which is needed by system operators to manage the increasing penetration of variable renewable electricity generation on the grid. At the same time, the interest of householders in small scale storage for self-consumption has already led to more than 40,000 small household PV plus battery systems being installed in Europe since 2013, mainly in Germany.

EASAC's team of scientists nominated by Europe's 28 national science academies has been working for two years to develop an independent view for EU policy makers of the value of dedicated storage on electricity grids from a scientific perspective. Their report concludes that the value of storage is system dependent and that it can contribute to balancing, reserves, capacity and generation adequacy as well as congestion management. However, in electricity markets, it must compete with flexible generation, demand response, interconnections, and curtailment.