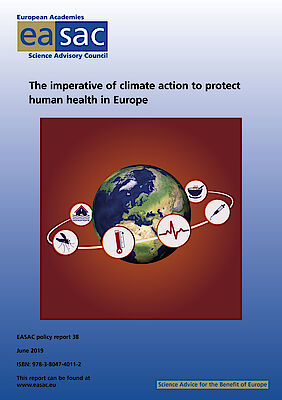 The report was published in June 2019 and is now being disseminated widely. Outputs from the project were discussed with the European Commission and members of the Group of Chief Scientific Advisers. Among other dissemination events planned for 2019 are a discussion in the European Parliament (co-organised with EPRS) and sessions at the World Health Summit (Berlin) and World Science Forum (Budapest). Other follow-up work is exploring options to extend the European discussion to cover the issues for the Arctic and Mediterranean neighbours and to use the EASAC output to initiate global analysis with IAP.