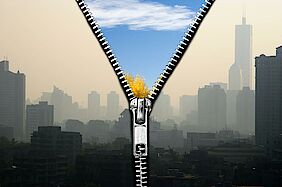 A project on this topic was launched by the EASAC Energy Programme in 2020 with a multidisciplinary expert group comprising 19 experts from 16 European countries, nominated by their national science Academies (EASAC members).  Its aim was to study the latest scientific evidence relating to the implementation of policies and measures for delivering the decarbonisation of buildings, and to identify the most successful policy options.

The decarbonisation of buildings should play an important role in delivering the EU’s commitment to reducing carbon emissions because around a quarter of all EU greenhouse gas (GHG) emissions are produced by buildings.

Key steps to decarbonising buildings are

Most of the buildings which exist in the EU today will still be operating in 2050, so there is an urgent need for these to be renovated to reduce their GHG emissions. New buildings must also be designed to operate with nearly zero GHG emissions.

The biggest component of GHG emissions from buildings across the EU today is produced by heating, which has been largely neglected in EU energy legislation for many years. However, since the EU published its heating and cooling strategy in 2016, this topic has been given more serious attention, and it is being tackled much more actively as part of the European Green Deal.

While the EASAC expert group has been working on this project, the European Commission has produced many new strategies in the framework of the European Green Deal.  It has also been preparing to propose revisions to the relevant Regulations and Directives.  At the same time, other analysts and stakeholders have been working to identify the best ways to reduce emissions from the building sector.

As far as possible, EASAC has maintained a watching brief on the work of others during the course if this project and has taken their findings into account when drafting the EASAC report and its messages for policy makers.

The resulting EASAC report, which will be launched on 2nd June 2021, presents the findings of the expert group in the form of independent science-based advice for policy makers. It summarises the most important steps that should be taken to reduce GHG emissions from buildings and identifies those policies and measures that have been shown to deliver the levels of reduction needed to fulfil the EU’s climate change commitments.